Give the gift of hope this holiday season. Order your Loaves & Fishes/Friendship Trays  holiday cards here.

I was shocked by the story the numbers told – Poverty vs. Deep Poverty in Mecklenburg Co.

I was shocked by the story the numbers told.  They were numbers I have reviewed over and over, just organized differently in the new Census report formats.

With 3.6% of the population unemployed in 2019, there were 111,183 people in Mecklenburg County living at or below the poverty level, down from 2018 when there were roughly 130,000 people living in poverty.  What shocks me—I have not managed to wrap my brain around this quite yet—is that in 2019, 45,940 of those 111,183 were in Deep Poverty, meaning that they were living at HALF the poverty level.  A family of 3 in poverty is living on $21,960/year.  A family of 3 in deep poverty lives on $10,980/year.  I cannot imagine.  Just process that for a minute.  Inside Charlotte is another city the size of High Point of people in poverty.  And inside that city is another city the size of Kannapolis of people in deep poverty. That is a lot of people who need a lot of help. 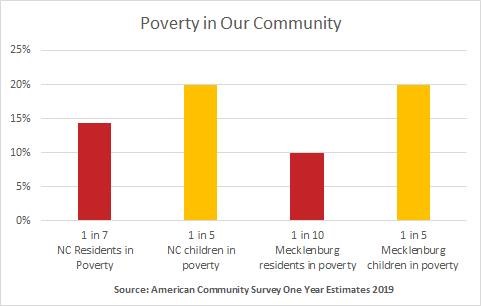 State level data shows that high wage jobs have almost totally recovered from the blow dealt by COVID-19, but low wage workers are competing for 17% fewer jobs.  The service and hospitality industries where many were employed were the first jobs to go away and are slow in coming back.  The pandemic has reinforced the importance of long existing inequities such as higher poverty rates for children, women, and people of color.  Women in North Carolina make 83 cents for every $1 earned by white men.  Black women make 65 cents to the white male dollar, and LatinX women make just 50 cents.  Some of the highest poverty numbers are in single parent households headed by women.  Job losses in schools, childcare, retail, food service, and hospitality affected many more women than men.

Even before COVID-19, we knew the power of SNAP (food stamps) and other federal programs to reduce poverty.  It is estimated that without the increased SNAP benefits, stimulus checks and other benefits put in place with the CARES Act, 20% of the population across the United States would have slid into poverty.  Thank goodness for a new round of COVID-19 benefits!

Having 55,000 people living in deep poverty is not a problem easily solved.  While more benefits should slow the flow, much more is needed to make real progress in the imbalances existing in our community.  More aid, more compassion, more kindness.  Do not forget about the kindness. 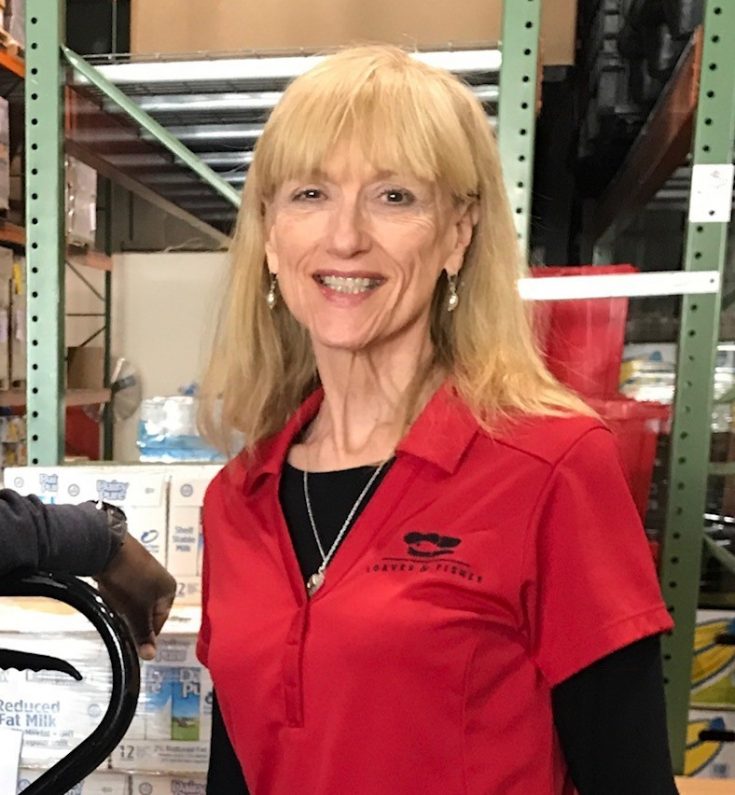